The Prime Minister of Saint Vincent and the Grenadines, Ralph Gonsalves, said this Monday, during his speech at the XVIII Summit of the Bolivarian Alliance for the Peoples of Our America-Peoples’ Trade Treaty (ALBA-TCP), that the unilateral sanctionsof the United States against Venezuela not only affect the people, but also harm economic and social collaboration between brother peoples.

“The unilateral sanctions that affect Venezuela so much, raised by the United States, are designed to undermine the effectiveness of economic and social collaboration, as in the case of Petrocaribe. Due to unilateral sanctions, we cannot receive oil from Venezuela, due to the problem of shipments; and if the oil is shipped, due to financial sanctions, payments cannot be made”, denounced the Prime Minister of the Caribbean country.

At the same time, he stressed that despite the efforts of imperialism to undermine economic and political activities, the brother peoples of ALBA-TCP “continue to move forward because ideals guide us and we have historical experiences, from which we can sustain ourselves and advance. In recent times we have seen some victories like the return of Bolivia; it marks a milestone in the strengthening of ALBA-TCP.”

On the other hand, Prime Minister Ralph Gonsalves stressed that “ALBA-TCP will always play an essential role in our collective, theoretical practice in politics and government.”

“This is the time for a new commitment, a time for a renewal, to face the difficult challenges of the future, we have come out of a kind of dark period and we already see the light and that light guides us, and that light tells us that a better future is possible, colleagues from ALBA-TCP, you can trust the Government and the people of Saint Vincent and the Grenadines in terms of permanent solidarity”, concluded the Caribbean president. 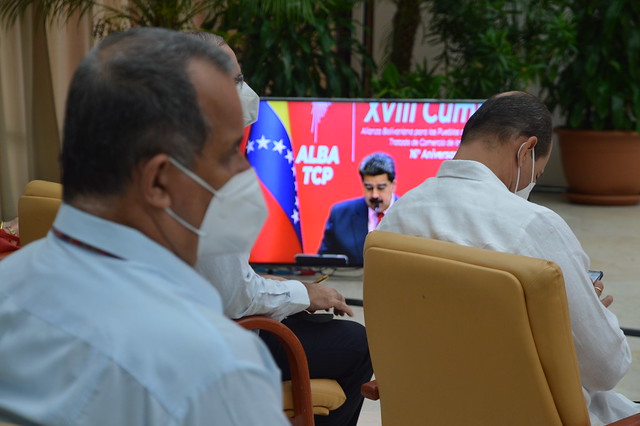