Regarding the IV Meeting of the Political Consultation Mechanism, held in Panamaribo, on Tuesday, the People’s Power Minister for Foreign Relations of the Bolivarian Republic of Venezuela, Jorge Arreaza, held a productive meeting with the president of the Republic of Suriname, Desiré Delano Bouterse.

“An honor to have been received by the brother president of Suriname, Desiré Bouterse. Together we analyze our bilateral relations and regional conjunctures”, the Venezuelan Foreign Minister wrote through a Twitter account @jaarreaza.

Minister Arreaza also ratified the unrestricted support of Venezuela and ALBA-TCP for President Bouterse and the Surinamese people, who are currently facing attacks and interference from third States that seek to harm their electoral processes.

This space also allowed them to reiterate the commitment made by their countries during this intergovernmental event that seeks to strengthen the relations of friendship and cooperation in health, agriculture, fisheries, work, security, connectivity and communication.

Previously, the foreign ministers of both South American nations, Jorge Arreaza and Yldiz Pollack-Beighle, highlighted the need to consolidate Latin America and the Caribbean as a Zone of Peace, as well as the importance of the mechanisms of integration and political coordination such as Celac, Caricom, Unasur and ALBA-TCP.

They also agreed to reject the use and threat of the use of force in the region, and condemn unilateral coercive measures that affect the right of peoples to their free development. 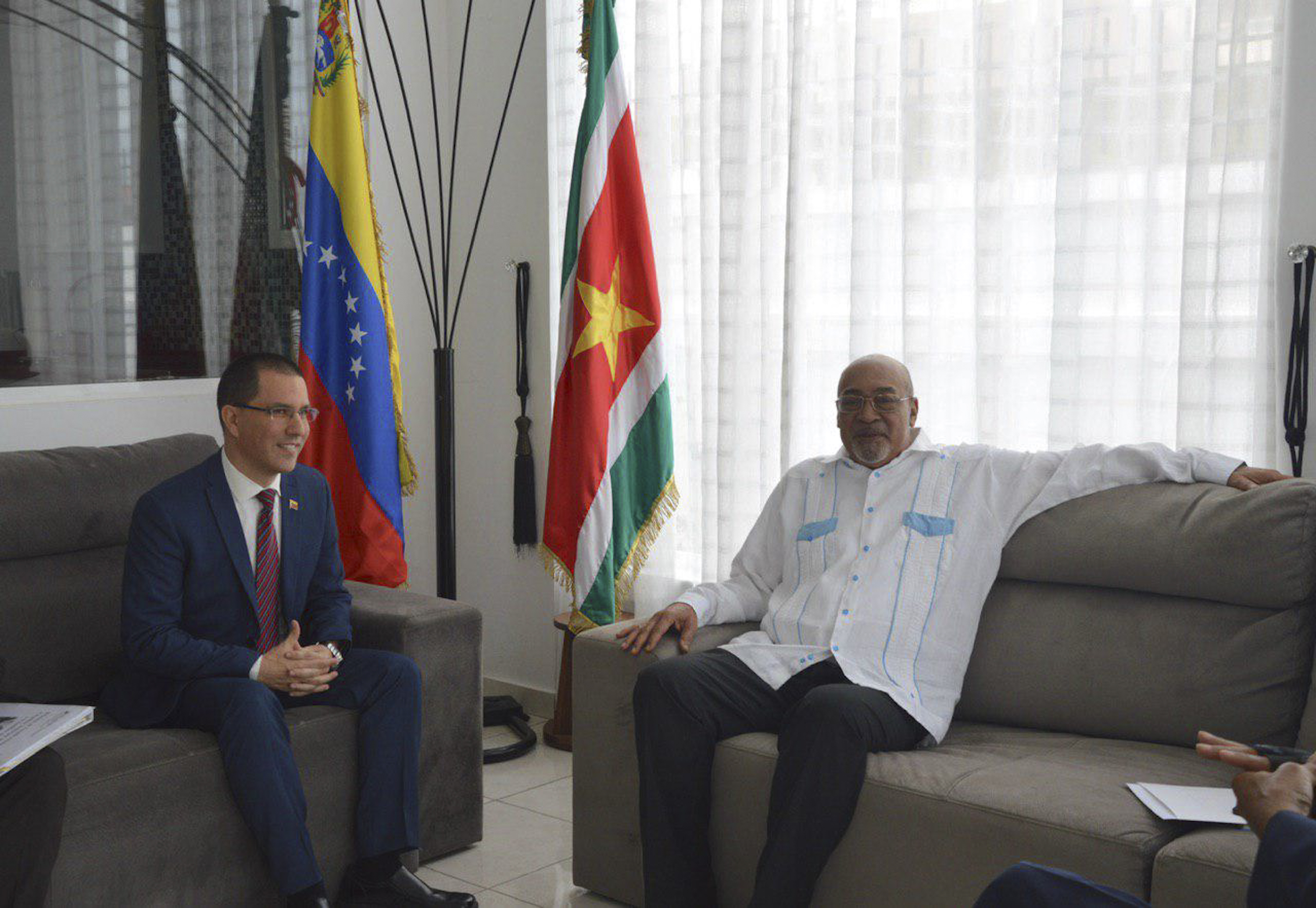