In the framework of the XII Summit of ALBA-TCP, the Vice-minister for Latin America of the People’s Power Ministry for Foreign Affairs, Rander Peña, held a bilateral meeting with the Minister of Agriculture of Suriname, Rabindre Parmessar.

This meeting was held in order to evaluate and monitor cooperation projects between both countries in the field of agriculture.

It should be noted that these cooperation and brotherhood ties are aimed at providing benefits and the greatest amount of happiness possible to the Venezuelan and Surinamese people.

Previously, last September, Vice-minister Rander Peña and the Surinamese ambassador accredited in Caracas, Adjako Ruwan, expressed the willingness of their governments to speed up the food, energy and culture agreements currently maintained by Venezuela and Suriname. 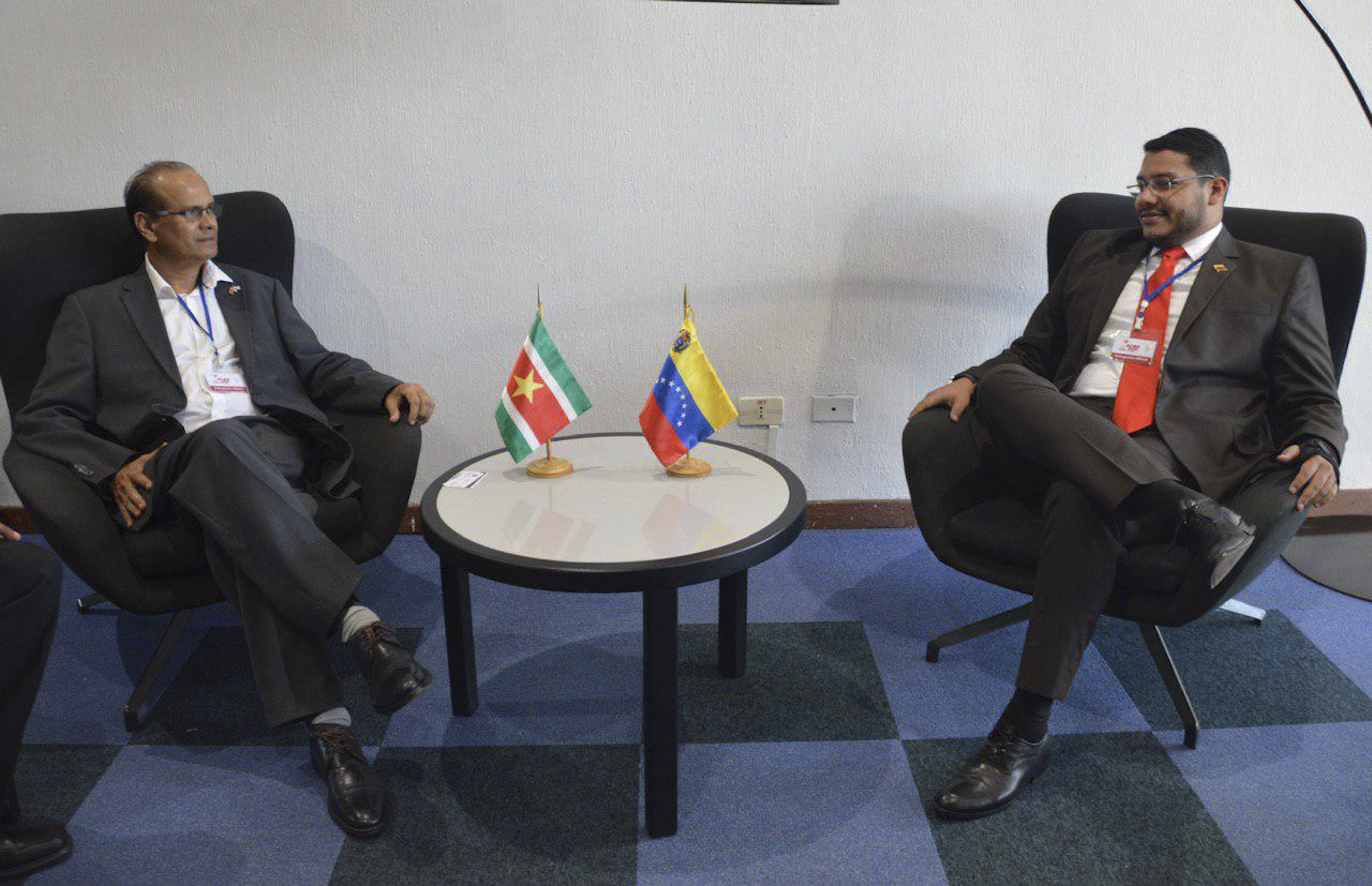