The government of Antigua and Barbuda, through its first Minister Gastón Browne, signed its membership on Monday as a full member of the Bank of the Bolivarian Alliance for the Peoples of Our America (Banalba), during the 22nd Ministerial Council Meeting and the 72nd of its Executive Board, held at the headquarters of the Central Bank of Venezuela (BCV), in Caracas.

Antigua and Barbuda thus becomes the seventh member country of the international financial organization, which also includes Cuba, Bolivia, Nicaragua, Saint Vincent and the Grenadines, Dominica and Venezuela, created 11 years ago in the context of the new financial architecture for integration and the development of Latin America and the Caribbean.

In this regard, Gastón Browne, Prime Minister of Antigua and Barbuda, said after the signing of the accession agreement, that the Bank of Alba is an essential institution for the development of the Caribbean region, highlighting that its existence is due “to the vision of the great leader that commander Hugo Chávez Frías was”. He deeply thanked President Nicolás Maduro for continuing the tradition established by Chavez and for the role played in enabling the success of Bank of the Alba.

For his part, Raúl Li Causi, president of Banalba and Vice-minister for the Caribbean of the People’s Power Ministry for Foreign Relations, said they had a very productive meeting with the incorporation as a member of Antigua and Barbuda, while he was pleased because the mandate of the constitution of the financial institution is fulfilled, referring to the leverage of projects of great impact for the integration of the region; On this occasion, the financing of the Liat airline, of great importance in the movement of people and goods in the Eastern Caribbean region.

“Today we have large projects that have already been completed, from the airport of Saint Vincent and the Grenadines, coffee roasters in Dominica, textile projects in Bolivia, in Nicaragua, in Cuba and right here in Venezuela; so we are very happy to continue advancing in this task that have put us in charge of the Bank”, said the Vice-minister for the Caribbean. 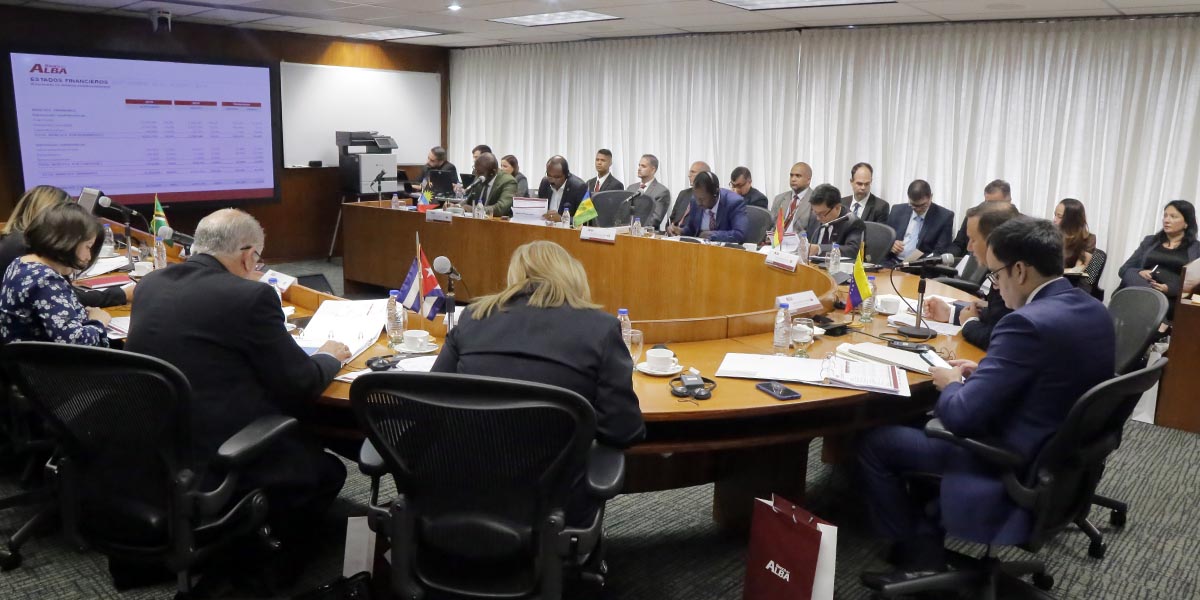