With a massive act of solidarity with Venezuela concluded the XVI Summit of Heads of State and Government of the Bolivarian Alliance of the Peoples of Our America (Alba-TCP), which took place this Friday in Havana, Cuba and which had the presence of representatives of the member countries of the regional organization.

The closing ceremony was held at the Palace of Conventions, chaired by Army General Raúl Castro, first secretary of the Central Committee of the Communist Party of Cuba, Miguel Diaz-Canel Bermúdez, president of the Councils of State and Ministers and Nicolás Maduro Moros, president of the Bolivarian Republic of Venezuela.

The event was also attended by the presidents Evo Morales (Plurinational State of Bolivia), Daniel Ortega (Republic of Nicaragua), Prime Ministers Ralph Gonsalves (Saint Vincent and the Grenadines) and Roosevelt Skerrit (Commonwealth of Dominica), as well as government representatives of Antigua and Barbuda, Grenada, Federation of Saint Kitts and Nevis, Republic of El Salvador, Republic of Haiti and Republic of Suriname.

“The Alba-TCP has the duty to be a platform where the progressive movements of the region are integrated”, said the Cuban Foreign Minister Bruno Rodríguez Parrilla, who read the final Declaration of the Summit in defense of Latin America and the Caribbean as a zone of peace.

Rodríguez, called to defend the ALBA-TCP as a space for coordination of the leftist movements of the region to face the challenges. In this regard, he pointed out the need to articulate solidarity cooperation plans and projects in the face of the current situation in which the United States government revives the “Monroe Doctrine” and there is a rise of right-wing populist governments in the region.

In the same way, the commitment of the bloc with an international order in defense of multilateralism and concertation as a way of dealing with the interference and domination historically imposed was signed. As well as the need to support the Community of Latin American and Caribbean States (Celac) as a mechanism of regional agreement, including the right of Venezuela, Nicaragua and Cuba to self-determination, without interference or foreign threats of any kind.

President Maduro: The consolidation of an independent economic model is necessary

The closing words were in charge of the President of the Bolivarian Republic of Venezuela, Nicolás Maduro Moros, who urged the consolidation of an independent economic model composed by the countries of the Bolivarian Alliance of the Peoples of Our America.

“There is a central challenge for ALBA and it is the economic issue, the development of solid bases for the satisfaction of the social needs of our peoples”, said the National President.

In this regard, the Head of State asserted that despite the adverse circumstances facing the peoples of Latin America and the Caribbean, it is necessary to reactivate the production of wealth to face the economic war.

“That is why it is so important that our peoples feel soon the revival of our social missions and ALBA as the great political actor that it is in our region and in the United Nations system”, added the Venezuelan President. 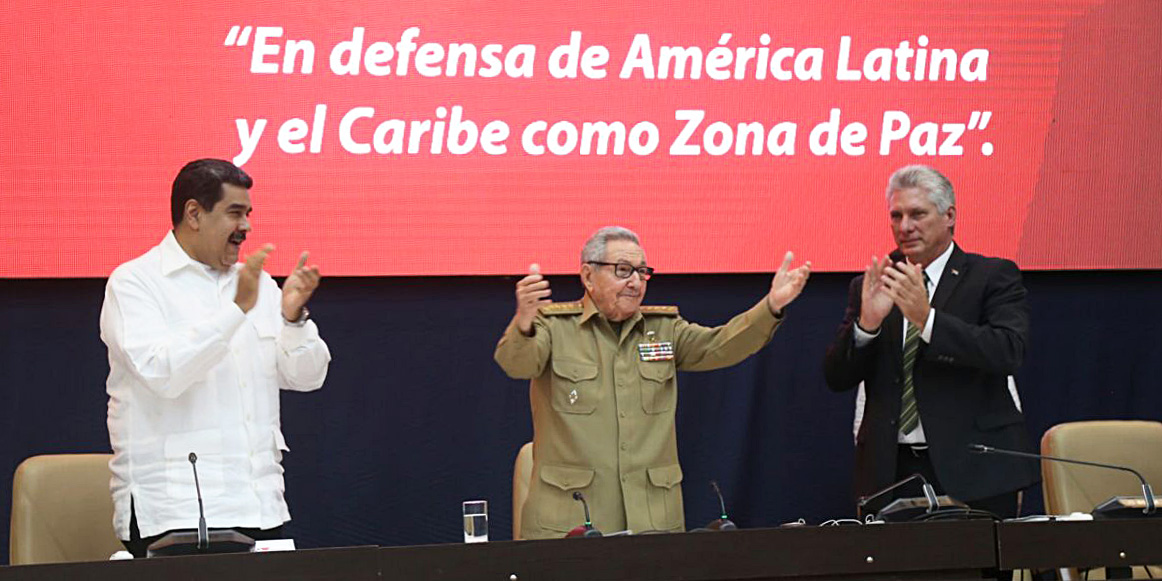